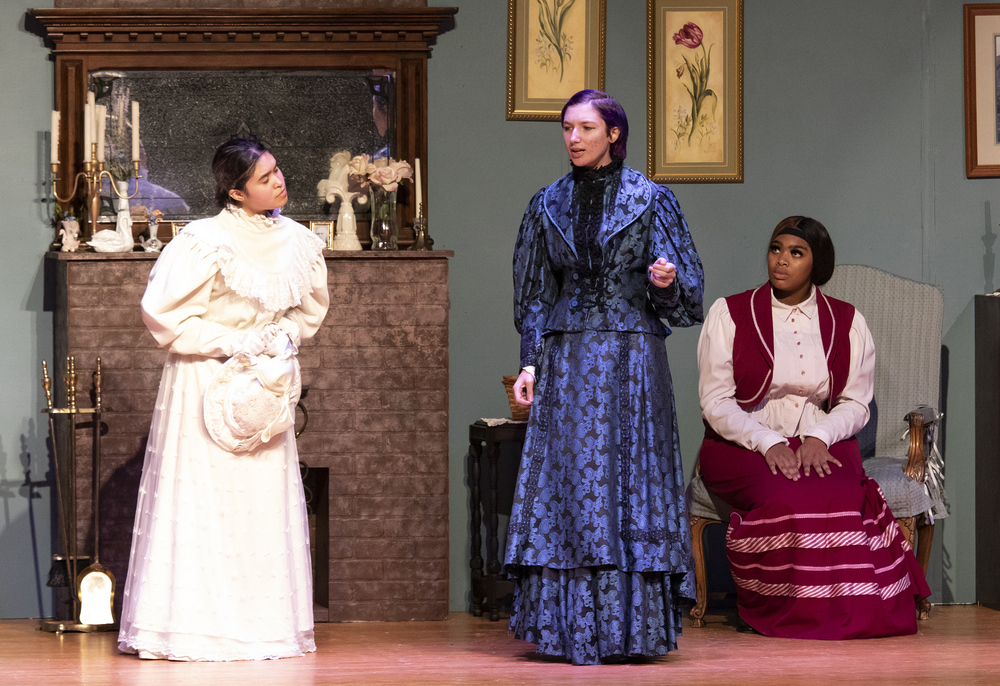 Nacogdoches High School’s theatre department’s production of “The Lights Are Warm and Coloured” on Nov. 8 and Nov. 10 may be considered fiction, but the story it tells is rooted in a true crime story that captivated the nation late in the 19th century.

Andrew Borden and his second wife Abigail were brutally murdered with an ax at their Boston-area home on Aug. 4, 1892, and their daughter Lizzie, who was home that night along with her maid, quickly became the prime suspect.

In the weeks and months following the double murder, the nation closely followed the case and subsequent trial during which Lizzie was ultimately acquitted by a jury. Afterwards, Lizzie and her sister Emma moved together into a large home (the sisters were benefactors of their father’s immense estate) and continued to live in Fall River, Mass., despite Lizzie’s notoriety.

Fast forward 13 years to the night Lizzie and her sister Emma hosted a party for an actress who had become friends with Lizzie. The next day, following the party, Emma abruptly moved from the home she shared with her sister and never spoke with Lizzie again.

That much is known to be true. It’s what might have happened during the party that’s the subject of “The Lights Are Warm and Coloured” by playwright William Norfolk.

The NHS theatre department will hold two performances – Tuesday, Nov. 8, and Thursday, Nov. 10 – at the high school’s auditorium. Both shows will start at 7 p.m.; tickets are $5.

Cast and crew for the performances are: