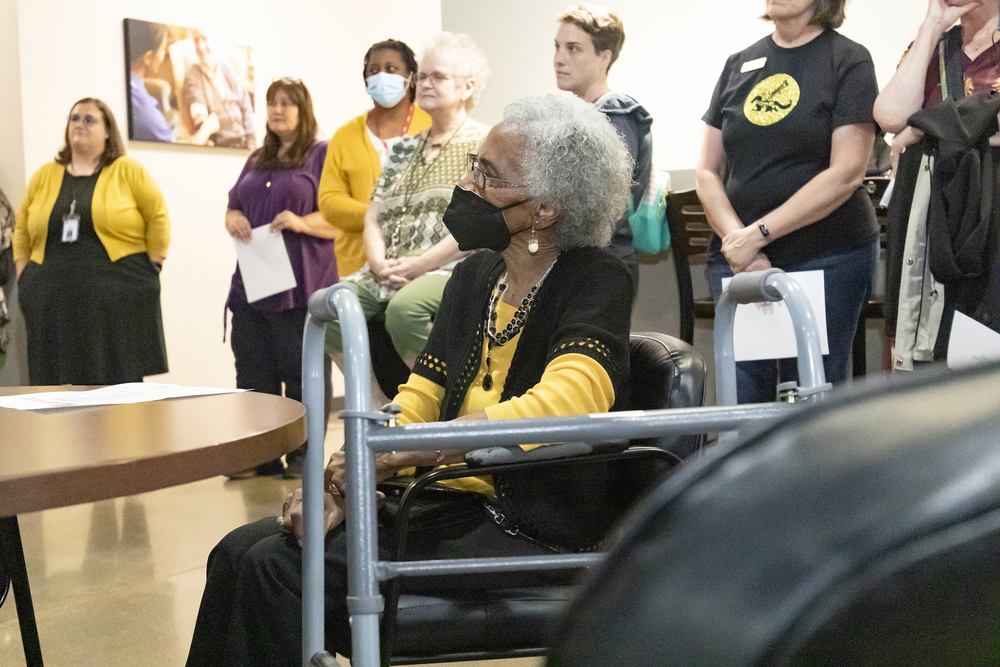 Margie Chumbley’s name has been on the district’s Academy for Success for a few months. Now, her portrait hangs in the foyer.

Nacogdoches ISD held a renaming ceremony in honor of the longtime educator on Tuesday at the Margie Chumbley Academy for Success.

During the ceremony, Board of Trustees President James Ervin, Deputy Superintendent Michael Martin and Superintendent Dr. Gabriel Trujillo shared stories of Chumbley and her dedication to NISD.

Trujillo presented a flag to Chumbley that had flown over the state capitol. State Rep. Travis Clardy provided the flag as well as a certificate declaring the flag was “in honor of Chumbley’s 58 years of service in public education.”

Trujillo also expressed admiration for Chumbley’s unwavering commitment to the district, even at the height of the pandemic. “Ms. Chumbley was there every day, even though she was in an age group considered at highest risk,” said Trujillo.

Friends, family and colleagues were on hand Tuesday for the presentation.

Chumbley is a Nacogdoches native. She’s also an institution where NISD is concerned. Chumbley graduated in 1954 from E.J. Campbell High School before receiving a degree in education from Butler College in Tyler. From there, she had teaching stops at Northside Elementary in Cleveland, Texas, (where Chumbley was the school’s first Black teacher following integration), and Brooks-Quinn-Jones and Emeline Carpenter Elementary in Nacogdoches. Chumbley also served as the lead teacher at Head Start pre-kindergarten.

Chumbley went back to school and pursued more education at Texas Southern University in Houston, an all-black school at the time. Later, she attended courses at Texas Woman’s University and Stephen F. Austin State University following integration of both schools, and spent a year at San Francisco City College in California before returning to Texas.

“Ms. Chumbley’s influence – calming and consistent – has guided the lives of generations of Nacogdoches students,” Martin said. “We’re grateful for her dedication to the cause of public education… and it’s highly appropriate to have her name on this facility, where she’s spent so many hours guiding students.” 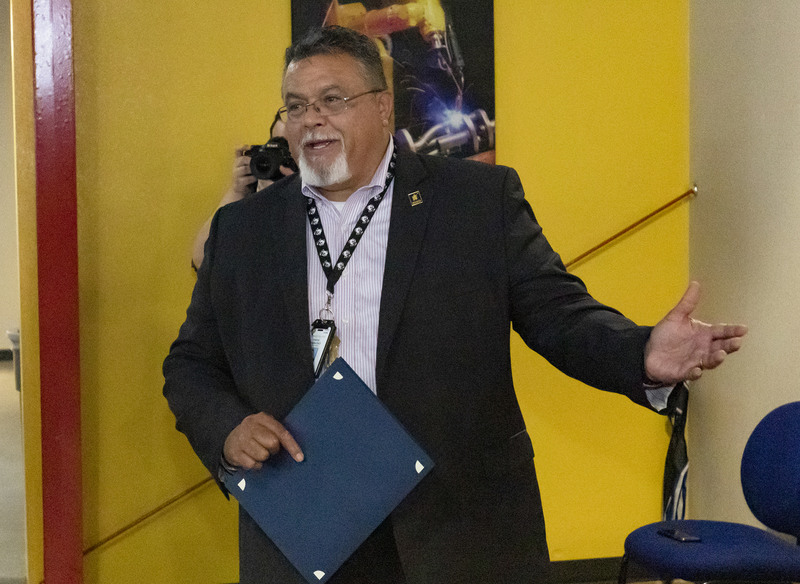 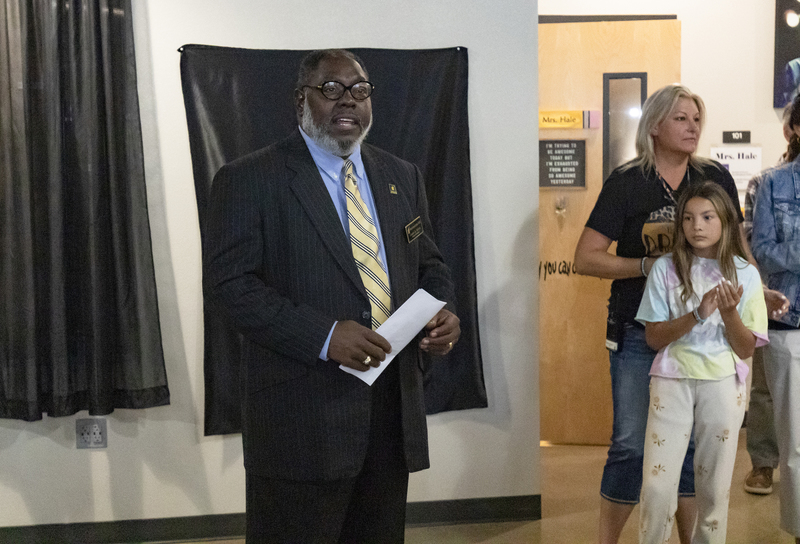 Board of Trustees President James Ervin