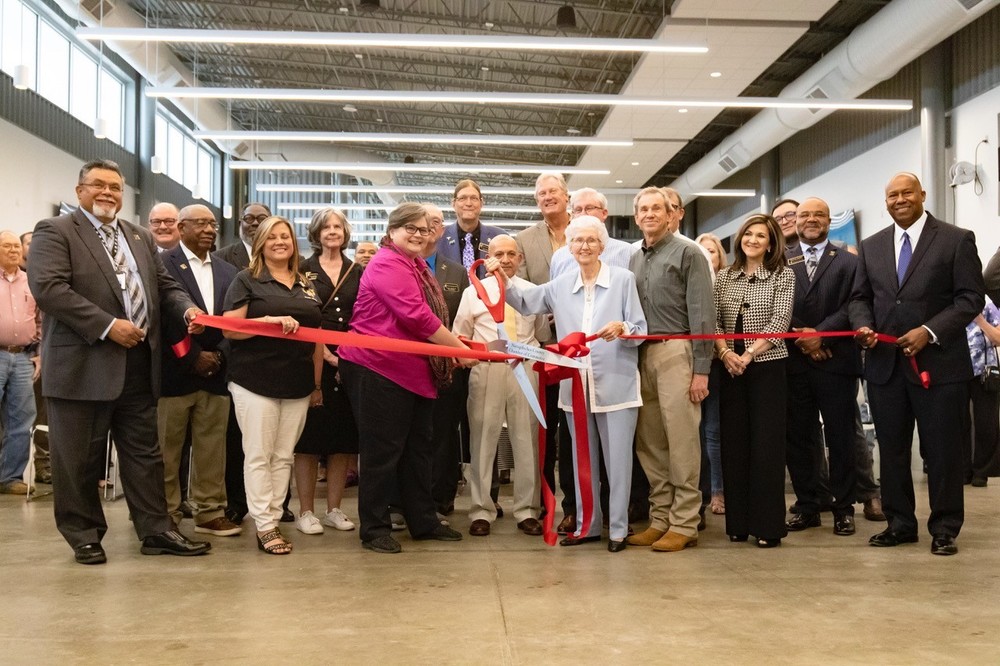 Nacogdoches ISD held a grand opening celebration Tuesday for the Malcolm Rector Center for Advanced Careers and Innovation. The new facility, which opened earlier this year, is located at Nacogdoches High School.

Nacogdoches County Chamber of Commerce sponsored a ribbon cutting ceremony Tuesday afternoon as the district marked completion of one of the capstone projects funded by the 2018 bond election.

The Malcolm Rector Center will serve as a focal point for the district’s Career & Technical Education Department. It can also be used in conjunction with community efforts to provide continuing education opportunities.

During the introduction of NISD board members, Fitch also included former Board President G.W. Neal and former interim Superintendent Alton Frailey. While serving as interim school chief, Frailey formulated a plan that resulted in the passage of a $77.9 million bond package in November of 2018 when 8,533 voters (67 percent) supported the measure.

Those in attendance Tuesday were also given tours of the new facility as well as renovated areas of existing CTE classrooms and labs at the high school.

NISD will schedule a ribbon-cutting ceremony and grand opening later this year for the new Emeline Carpenter Elementary, which is nearing completion.