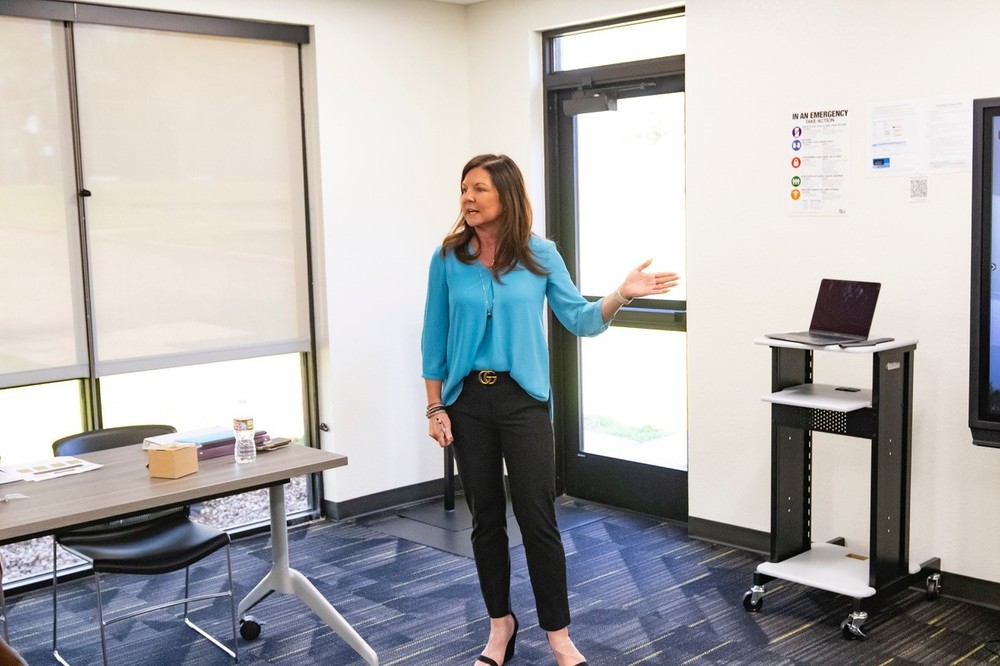 16 members named to foundation board

Sixteen directors were named Thursday to the governing board of the newly formed Nacogdoches ISD Education Foundation.

The meeting at the NISD District Support Center was the first that seated the board after a steering committee formed the Foundation in December.

Those officially joining the board Thursday include Shannon Conklin, Mariko Badders, Jimmy Mize, Ron Collins, Tyrone Curl, Liana Berry, Terrence Reeves, Dr. Freddy Avant, Judge Jeff Davis, Lisa Hale, Dr. Melanie Vardeman, Amelia Commander, Scarlett Long, Ed Pool, and G.W. Neal. NISD Superintendent Dr. Gabriel Trujillo is an ex-officio member of the board and will not vote. Others will be considered for appointment to the board at the next meeting set for April.

The year-long process of establishing the foundation got underway in December and will include obtaining tax-exempt status from the IRS and fulfilling other state and federal requirements to constitute a 501(c)(3) corporation.

Once the application process is complete with the IRS, the foundation will be able to accept tax-deductible contributions that can fund a number of initiatives within the district, such as grants to teachers and staff that would pay for innovative projects to benefit NISD students.

Executive Director Erin Windham opened Thursday’s meeting with an exercise that allowed board members to share expectations for the foundation. Those comments were then rated by board members to determine key components of what the Foundation hopes to achieve.

“We have an incredible team on this board,” Windham said. “I’m excited to see how this Foundation will impact our schools. Teachers will be able to do some amazing things, and, ultimately, our students will benefit.”

Maya Bethany, a consultant with Foundation Innovation – the Buda, Texas-based firm assisting NISD with the formation of the Foundation – briefed the new members about the next steps in filling leadership positions on the board. Next month, a president of the board will be selected, and four vice president positions will be filled to serve as chairs of Foundation committees.

In addition to naming the board and establishing leadership positions, other steps will include creating a strong infrastructure that will govern the Foundation’s operations, fashioning an image, setting up programs and beginning fundraising efforts.