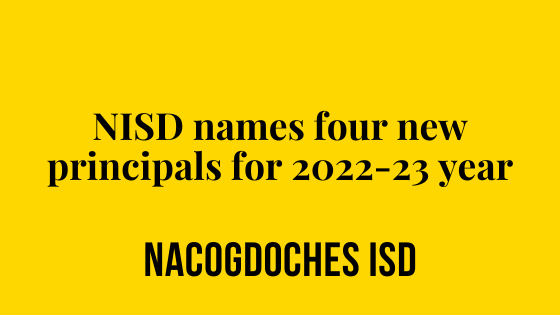 Four new principals have been announced for the 2022-23 academic year by Nacogdoches Independent School District. The announcements come as NISD prepares in the upcoming year for the opening of the new Emeline Carpenter Elementary, conversion of Mike Moses to an elementary school, and McMichael Middle School housing all students attending grades 6-8.

“There’s a lot of change taking place in the district this summer, as new facilities come on line and other buildings enter periods of renovation,” said NISD Superintendent Dr. Gabriel Trujillo. “We have excellent leaders in place at all of our campuses, and while there will be change, I’m confident in what we will accomplish in the next academic year. 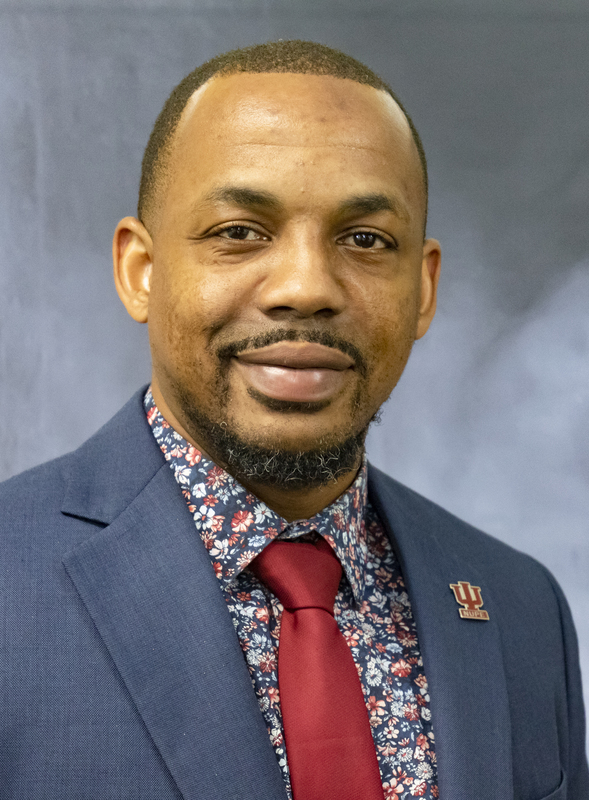 Gerald Fonzie has been named principal at Nacogdoches ISD’s McMichael Middle School and will take the reins of the campus this summer. Fonzie has served the last two years as principal at Brooks-Quinn-Jones Elementary in Nacogdoches, NISD’s largest elementary school.

Fonzie takes over at McMichael as the school prepares to host all sixth-, seventh- and eighth-grade students in Nacogdoches. The campus was expanded as part of the 2018 bond package approved by Nacogdoches voters.

Prior to being named principal at BQJ in 2020, Fonzie served six years as an assistant principal at that campus. He began his career in public education in 2010 as a teacher at Nettie Marshall Academy of Dual Language, where he was named Teacher of the Year in 2011.

Fonzie is a native of Helena, Ark., and earned a Bachelor of Science degree from Stephen F. Austin State University in 2008. As a senior, Fonzie captained the SFA men’s basketball team that won 26 games and advanced to the National Invitational Tournament at the end of the season.

Dr. Dana Solomon has been named principal for the elementary school that will be located next year at the Mike Moses campus. Solomon most recently served as an assistant principal at Brooks-Quinn-Jones Elementary.

Solomon, who has a doctorate in educational leadership from the University of North Texas, was principal for nine years at Phillips Elementary in Frisco ISD. Before that, Solomon was an assistant principal after starting as a classroom teacher in Frisco.

Mike Moses will convert to an elementary school for the start of the 2022-23 academic year, housing grades kindergarten through fifth. NISD is combining all middle school students at the newly renovated and expanded McMichael Middle School.

Amber Wilson is the new principal at Brooks-Quinn-Jones Elementary School. For the last three years, Wilson has served as an assistant principal at BQJ. Before that, she was a teacher in second and third grades for eight years, also at BQJ.

Wilson received her Bachelor of Science degree in early childhood in 2010 at the University of North Texas. She has a Masters in Education Leadership from Stephen F. Austin State University.

Brian Tarvin has been named principal of Margie Chumbley Academy for Success. Tarvin is currently an assistant principal at Rusk High School where he’s also served as principal of the DAEP program.

Tarvin earned his Bachelor of Science degree in 1991 from Texas Tech University. In 2009, he received a Master of Education degree from Prairie View A&M.