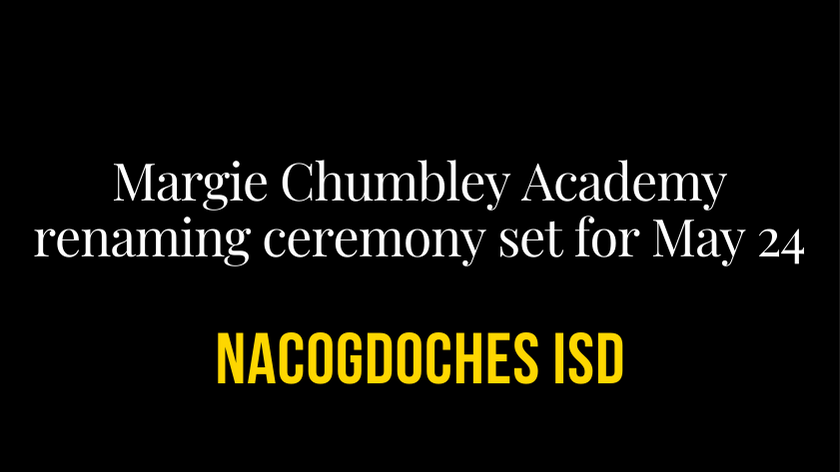 Margie Chumbley Academy for Success will be officially renamed on May 24 for the longtime Nacogdoches educator.

The ceremony will take place at 4 p.m. on May 24 at the Margie Chumbley Academy, 6003 North St. Colleagues and members of the community are invited.

NISD’s Board of Trustees voted in August to rename the campus for Chumbley, who’s spent years substituting in the district after retiring as a full time teacher. A facilities naming committee had recommended the campus be named after Chumbley when the previous name – Malcolm Rector – was moved to the new Career and Technical Education facility at Nacogdoches High School.

Chumbley is a Nacogdoches native. She graduated in 1954 from E.J. Campbell High School before receiving a degree in education from Butler College in Tyler. From there, she had teaching stops at Northside Elementary in Cleveland, Texas, (where Chumbley was the school’s first Black teacher following integration), and Brooks-Quinn-Jones and Emeline Carpenter Elementary in Nacogdoches. Chumbley also served as the lead teacher at Head Start pre-kindergarten.