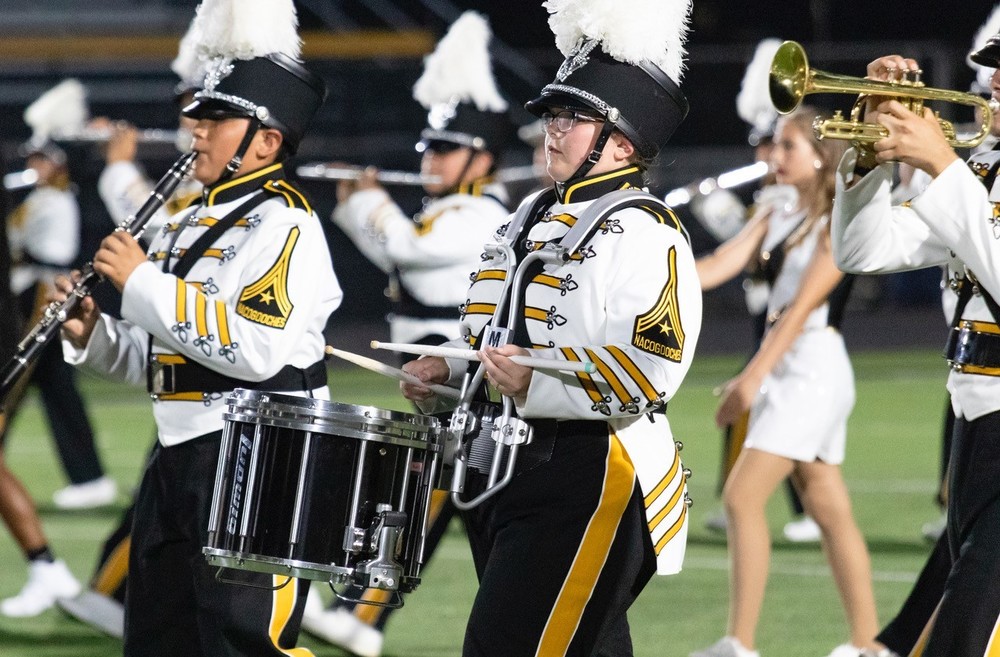 A rainy forecast for Wednesday has changed the performance time for the Golden Dragons Marching Band in the UIL Military Marching Band State Championship at Pine Tree High School in Longview.

The NHS band will now perform at 7:30 p.m. on Wednesday, Oct. 27. There will be no finals for bands competing in the state contest because of the threat of heavy rain and strong thunderstorms earlier in the day.

The NHS band will leave for the state contest at 3 p.m. Wednesday, and a send-off is planned. Anyone wishing to cheer the band on as it leaves town should gather around 2:45 p.m. in the horseshoe in front of the high school. NISD police are providing an escort for the band.

This is the second year for the UIL Military Marching Band State Championship. Previously, military marching bands – like Nacogdoches High School, most are found in East Texas or Southeast Texas – competed with corps-style marching bands at the state competition in San Antonio. Because of differences in show design between the two styles, the UIL carved out a separate contest in partnership with the National Association of Military Marching Bands.

“We are so excited for this opportunity,” said Weems, an NHS graduate and former member of the Dragon band. “I know that our students will go to Pine Tree next week and put on an outstanding performance.”