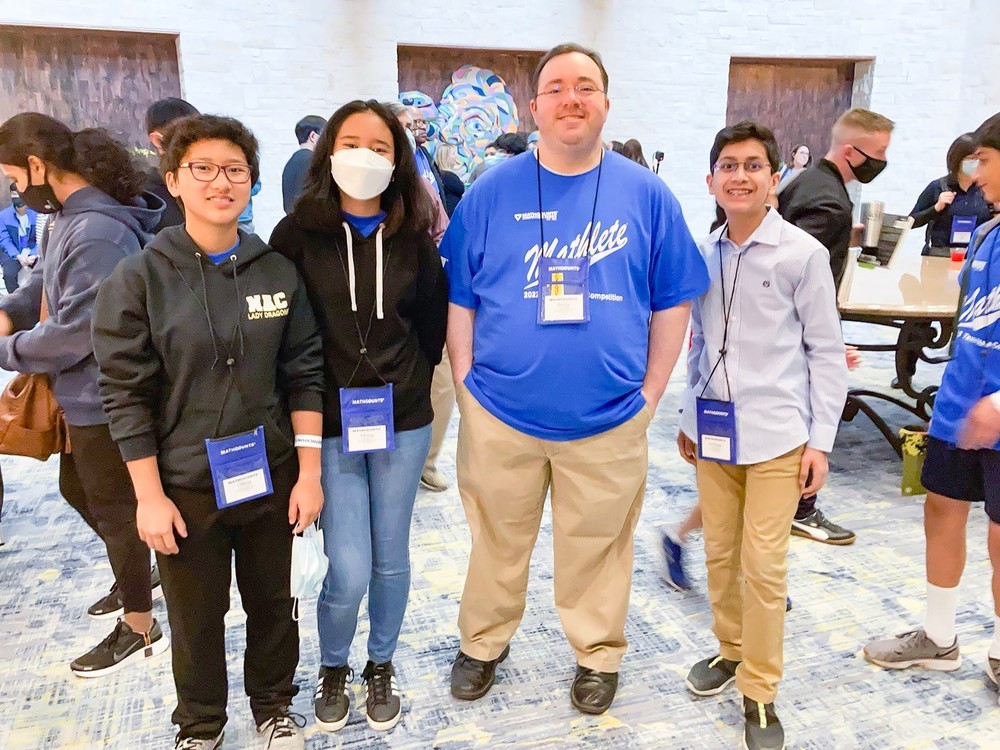 Mike Moses Middle School MATHCOUNTS made it back to the state for the ninth straight year.

Three Mike Moses students – eighth-grader Armaan Rajani and seventh-graders Olivia Ajero and Moira Diaz – advanced to the state competition held on March 19 in Austin. Final official results will be sent to schools in the coming weeks.

“Advancing to state is no easy feat,” said MATHCOUNTS coach Andy Watts. “It is because of hard work and countless hours of practice that these talented students were able to achieve what fewer than one percent of middle school students are able to accomplish.”

MATHCOUNTS is a nationwide program that promotes math excellence for sixth, seventh and eighth-grade students; it is the premier math academic competition for middle school students in the United States. Once in the competition, students compete head-to-head regardless of their grades.

“You will have sixth-grade students competing head-to-head against seventh- and eighth-grade students,” Watts said. “Once there, a student's grade level is just a number. It’s quite surreal to see our students compete and hold their own against others, often one or two years their senior, from across the state.

“They are a true testament to the great things our students are accomplishing at Nacogdoches ISD.”

This was also the first year the state competition was held face-to-face after the onset of COVID-19 back in 2020. During the pandemic, the competition went on but was held virtually.

Schools compete locally within their chapter to earn qualifications for the state meet, Watts said.

“This year, the chapter competition was conducted virtually and the MATHCOUNTS program decided to advance just two-thirds the number of competitors that would normally qualify during a non-pandemic year,” Watts said.

“This was done in order to ensure student safety and to maintain social distancing at the state competition. But it also meant fewer students would qualify for state during the chapter competition.”

“I am beyond proud to say Mike Moses advanced three out of four possible spots to the state tournament,” Watts said.