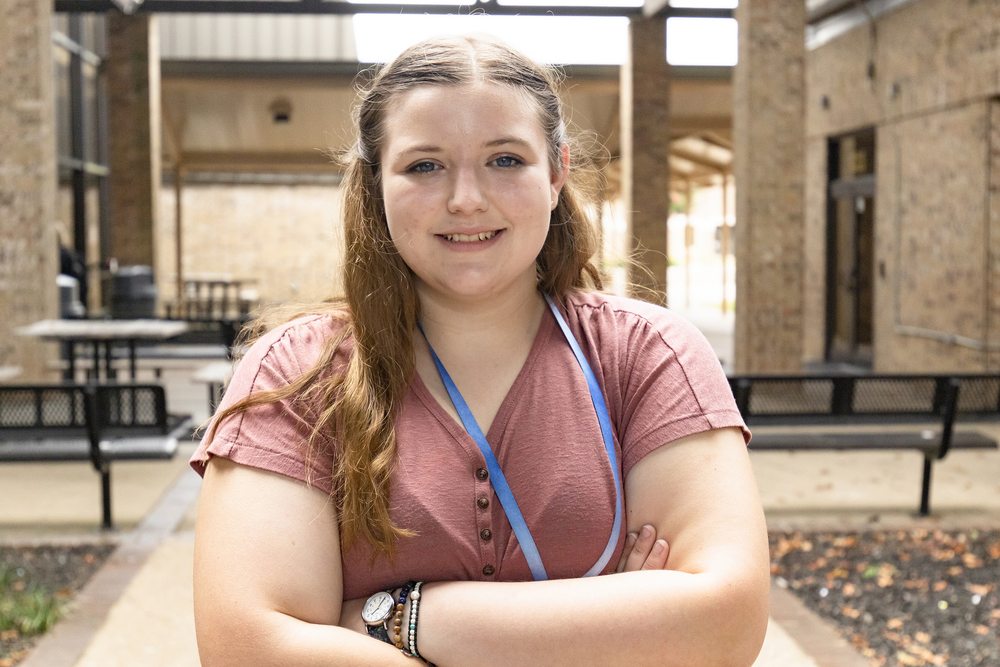 Nyssa Galatas has known for a few weeks she was a National Merit Scholar. On Tuesday, it became official when the National Merit program announced scholarship winners for the 2022 competition.

Nyssa learned in April she was a finalist in the 2022 competition after being named a semifinalist during the fall semester.

“This is such an incredible honor for Nacogdoches High School and NISD,” said principal Stephen Autrey. “Nyssa is an outstanding student at NHS and is a wonderful representative for her campus and school district.

“I couldn’t be more proud of what she’s accomplished, and I can’t wait to see what comes next.”

The 2,500 Merit Scholar designees were chosen from a pool of more than 15,000 finalists in the 2022 National Merit Scholarship Program.

National Merit $2,500 Scholarship winners are the finalists in each state judged to have the strongest combination of accomplishments, skills, and potential for success in rigorous college studies. The number of winners named in each state is proportional to the state’s percentage of the nation’s graduating high school seniors.

These scholarship winners were selected by a committee of college admissions officers and high school counselors, who appraised a substantial amount of information submitted by both the finalists and their high schools: the academic record, including difficulty level of subjects studied and grades earned; scores from the Preliminary SAT/National Merit Scholarship Qualifying Test; contributions and leadership in school and community activities; an essay written by the finalist; and a recommendation written by a high school official.

“What wonderful news,” said NISD Superintendent Dr. Gabriel Trujillo. “Nyssa’s accomplishments are just another reminder of the fact that our students compete at the highest levels across the nation. We’re extremely proud of everything Nyssa’s done.”

Nyssa is captain of the NHS debate team this year and participated in Congress and Lincoln-Douglas Debate. In Academic UIL, Nyssa is on teams for Social Studies and Current Events. Additionally, she serves as president of the French Club and is vice president of this year’s senior class.

Nyssa also volunteers in Dallas with Global Elementary Model United Nations, which educates and challenges younger students participating in Model UN contests to authentically portray their roles as delegates. Nyssa is the daughter of Steve and Rebecca Galatas.