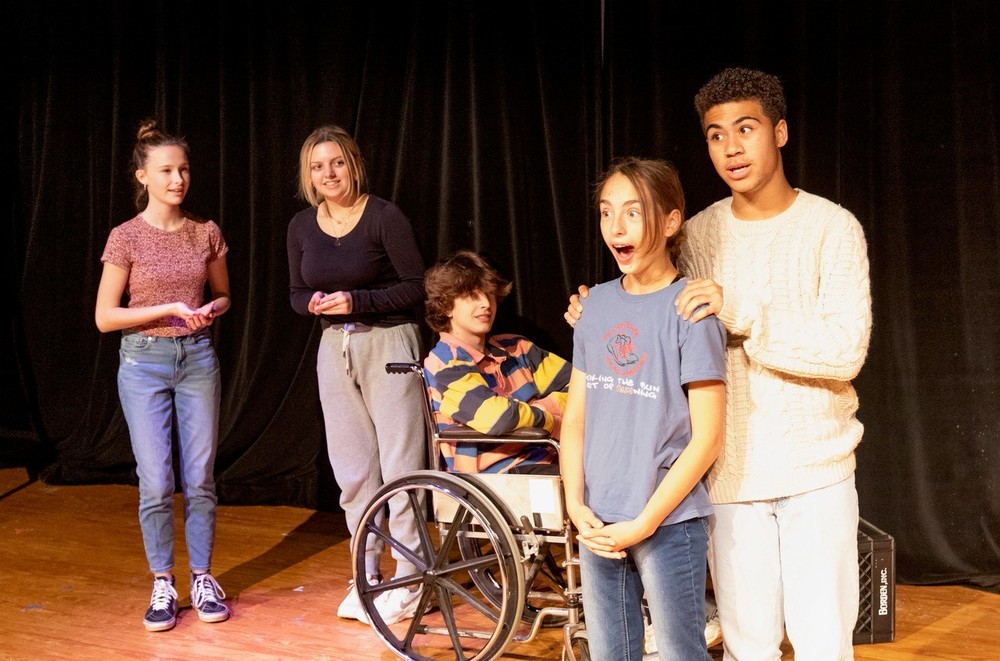 Lip Sync Battle is back in its Fall time slot.

The annual matchup between theater students from Nacogdoches and Martinsville high schools takes place at 6 p.m., Monday, Nov. 15, at the NHS auditorium. The doors open at 5:30 p.m. Tickets are $5 and can be purchased at the door.

This is the sixth year the two schools face off in the competition.

Students from both schools have presented a song, which is used as the basis for storytelling. There will be four different stories told to music, and students will write scenes to go along with each song.

The competition is judged by a panel of volunteers.

Students at both high schools are presented with the lyrics of songs with no other identifying information, such as music, performer, or genre, Perry said. The students pick a song, then devise a story to go along with it.

“They pick the one they feel inspired by and then create a whole scene around it,” said Perry.

The volunteer judges then pick an outstanding performer from all the groups as well as an overall winner.

“This gives the kids a chance to do something that’s fun,” Perry said.

Last year’s Lip Sync Battle was delayed by the pandemic and didn’t take place until May.

While theatre students have been preparing for Lip Sync Battle work has been ongoing on the annual fall show, which will be held Dec. 2-3 at the NHS auditorium.