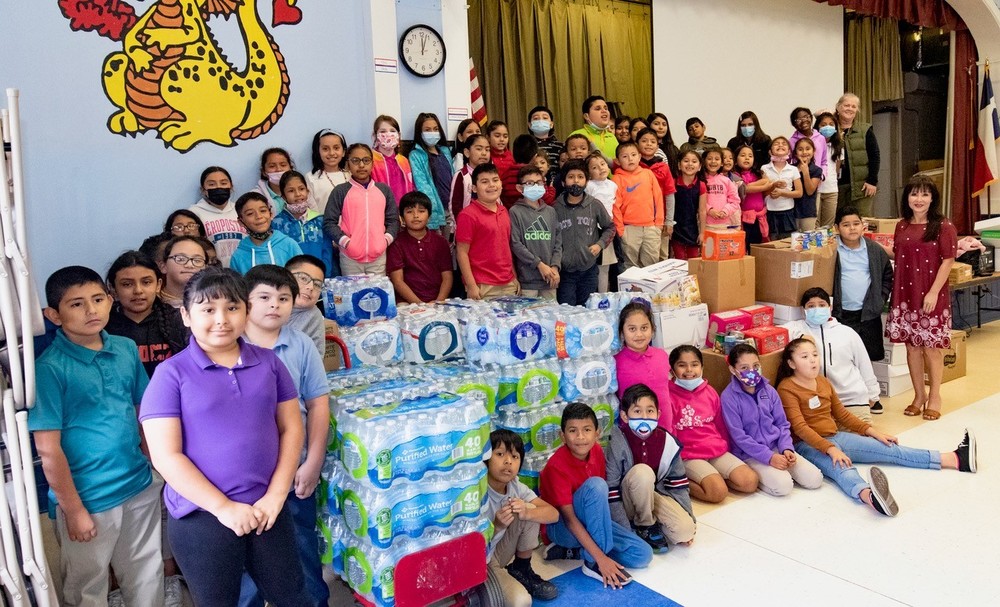 “Gratitude” is the word of the month for November at Nettie Marshall Academy of Dual Language. And the students got the message.

The campus collected more than 8,000 canned goods during its food drive this month, topping last year’s effort by more than double the amount. The food and bottled water will go to the pantry at Godtel, which provides housing and food for those in need.

The top four classes in the food drive receive a pizza party as a reward.