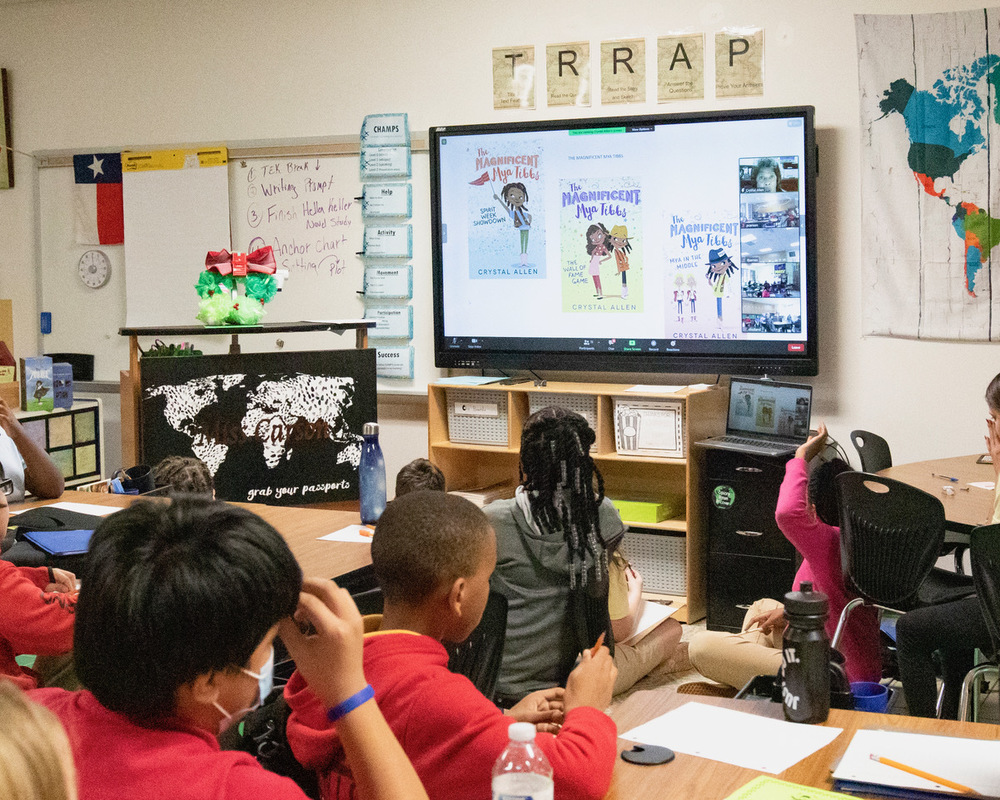 Students in Nacogdoches ISD got to interact with guest author Crystal Allen this week. Students in grades 3-8 took turns meeting up with Allen in scheduled video conferences from their classrooms.

Allen is an award-winning author from Indiana who resides in Houston. Her first book, “How Lamar’s Bad Prank Won a Bubba-sized Trophy,” was featured on the 2012-2013 Sunshine State Young Reader’s Award list, while the first book in her “The Magnificent Mya Tibbs” series, “Spirit Week Showdown,” was a Bluebonnet Book the 2017-2018 school year.

This week, Allen walked NISD students through her experiences as an author and then introduced them to what she calls, “The Strikewriter’s Ultimate Writing Prompt,” a writing workshop where Allen will provide students with a four-step formula to create their own short story.

Students were encouraged to enter a contest with their own works. The winning stories will be featured on Allen’s website, and the winning student authors will be invited to a party next semester.

There will be a total of six elementary winners per NISD campus (two each from third-, fourth- and fifth grades) and 10 winners from each of the two middle school campuses.

More than 40 NISD students participated in the writing exercise and will receive signed copies of an Allen-authored book of their choice.