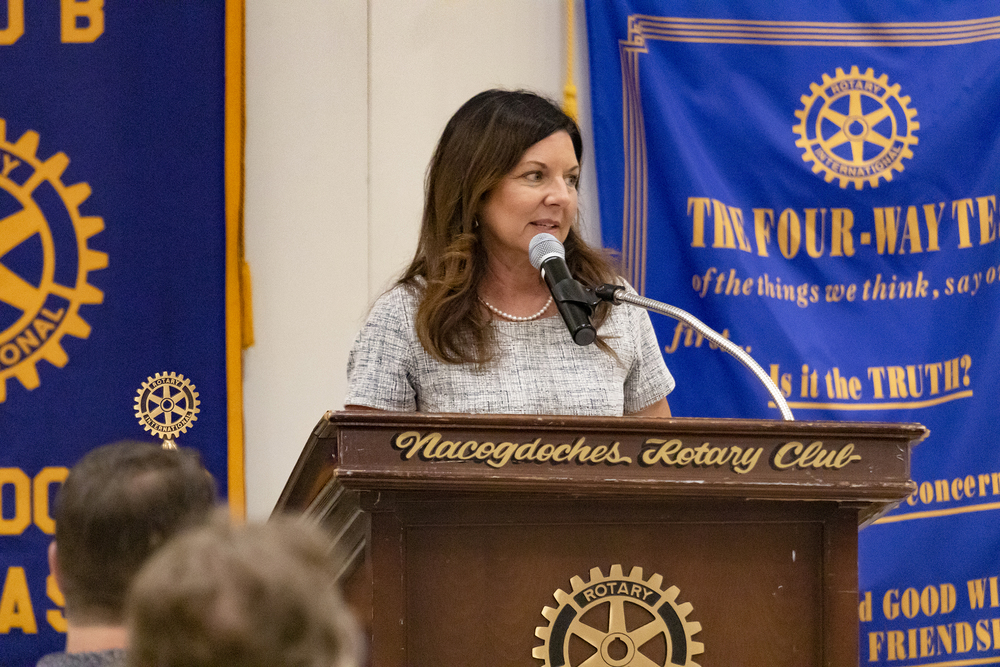 “The Foundation will supplement and support classroom level teacher-led initiatives that are aligned with NISD’s vision,” Windham said. “We are the conduit through which the community can provide funding for software, programs, instructional material, manipulatives, consumables, and training that encourage innovation and outside the box ideas to come to life in classrooms across Nacogdoches.”

Windham, along with Foundation President Terrence Reeves, invited Rotary members to participate in the initial fundraising campaign for the newly-formed 501(c)(3) Foundation. Contributions to the Foundation are tax-deductible. Reeves and Windham visited Rotary Club of Nacogdoches on July 27 and the Fredonia Rotary Club on Aug. 2.

The campaign gets underway this month and will have an official kickoff for the public on Friday, Sept. 16, during the Black-Out football game when NHS hosts Chapel Hill at Dragon Stadium.

Reeves on Wednesday introduced the Foundation’s board of directors. A number were also members of the Nacogdoches Rotary Club and were present for the day’s meetings.

The Education Foundation connects community resources with the needs of the school district in order to support the mission of NISD,” Reeves said. “The Foundation uses funding to enhance and complement that mission.

“We are passionate people inspired to help provide for the much needed resources that are not funded through local, state, or federal taxes.”

Money raised during the upcoming campaign will be used for grants to teachers and classrooms for initiatives that might fall outside normal school funding, Windham said. Oftentimes, the grants will be targeted at one classroom or a small group of students at a particular campus.

The Foundation will also fund efforts for the district to “grow their own” teachers by providing supplemental scholarships to paraprofessionals wanting to earn a teaching degree with a defined commitment to teach at NISD for a predetermined time period.

“You are going to be blown away by the amazing things that will come out of this opportunity,” Windham said.