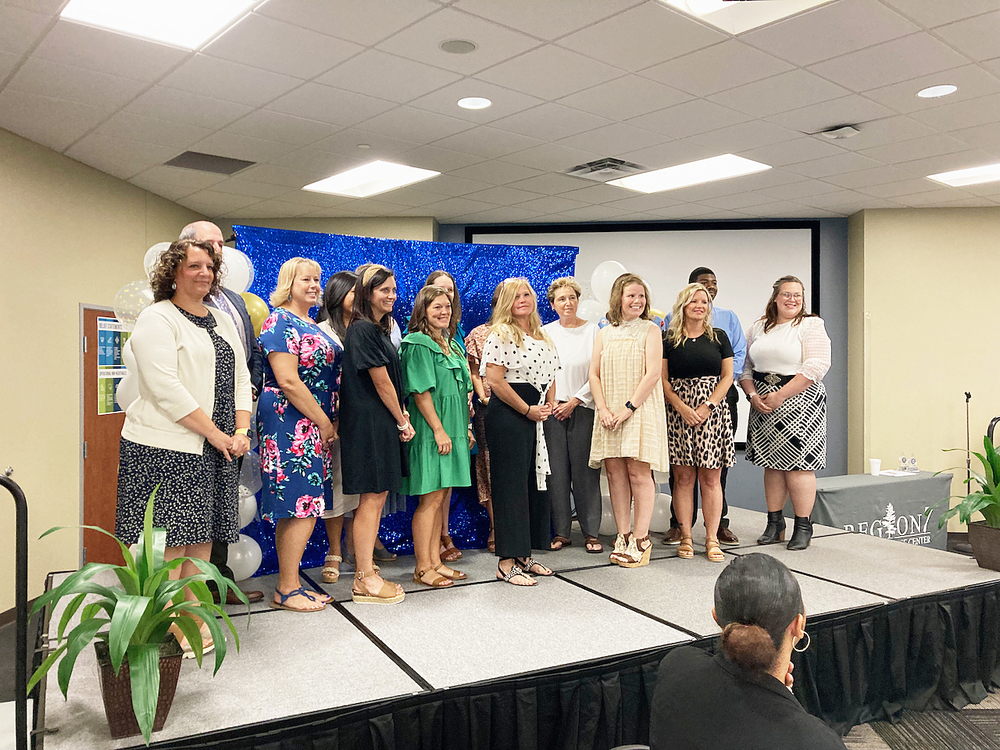 NISD's District Teachers of the Year honored during Region 7 luncheon

Nacogdoches ISD’s Michelle Schaefer (far left in the photo above) and Charles Medley were recognized Thursday during a luncheon held at the Region 7 Education Service Center to honor District Teachers of the Year from around the area. 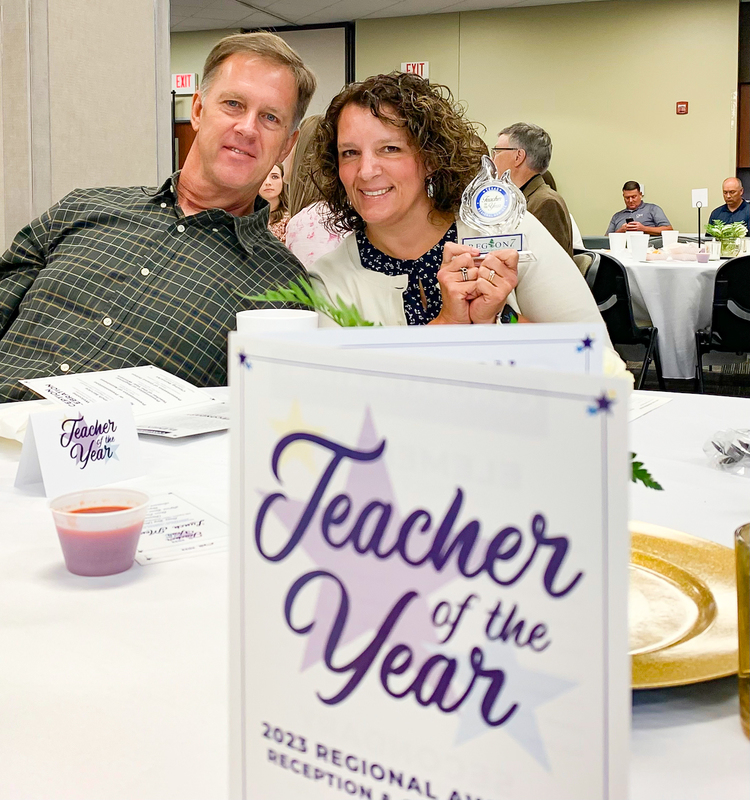 SCHAEFER, shown with her husband, Rick, at Thursday's Region 76 luncheon.

Schaefer and Medley (who was unable to attend Thursday’s luncheon) each received trophies from Region 7 and gift bags provided by event sponsors. The pair were named in April as NISD’s 2021-22 District Teachers of the Year.