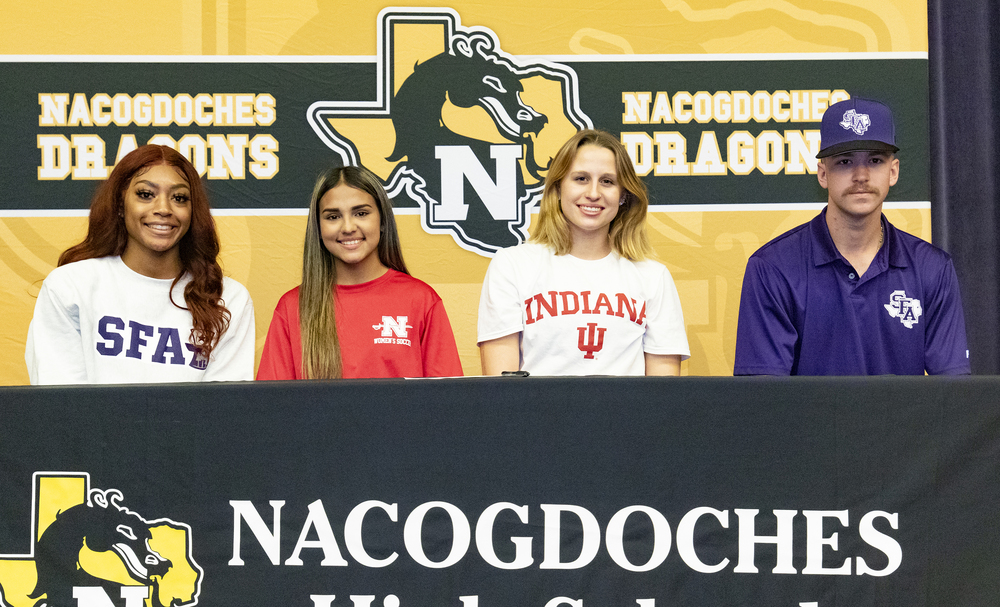 Bradford, who went 9-2 with a 1.26 earned run average as a junior hurler for the Dragons baseball team, will remain close to home after signing with Stephen F. Austin State University.

Villatoro will attend Nichols State in Thibodaux, La., next year on a soccer scholarship.

Fletcher, a member of the Dragons’ softball team that won 17 games and earned a playoff berth, will attend SFA on an athletic scholarship.